At the start of February, Discover Recovery, a substance abuse treatment center bought the Fairgate Estate near Dorothy Fox Elementary. It was a previous assisted living facility, now it’s a 15-bed in-patient drug treatment facility. This in-patient facility has one other location set up at Long Beach, Washington. With both holistic and clinical treatments, on top of successfully helping the local community in Long Beach, the program wanted to expand somewhere near the big cities of Vancouver and Portland. It eventually settled on Camas.

However, this company may not have been prepared for the community backlash it has faced since then. Yard signs and banners pop up across the Prune Hill neighborhoods of Camas telling you at every corner “No Drug Detox Next to Dorothy Fox!” Families around the area are starting petitions on Change.org and a fundraiser to get an attorney to try to prevent the rehabilitation center from opening.

The fundraiser has surpassed its goal of $5,000 bringing in $5,390 on Go Fund Me and the petition has reached 1,473 signatures just shy of their 1,500 goal. Both of those resources have the same description, it recalls a crime that an 11-year-old girl faced at the hands of an addict. This comes from a shared belief from some in the community that opening a drug treatment facility near an elementary school will raise crime rates as well as put local children in danger.

One anonymous signer who commented below the petition said, “We all deserve a second chance and I believe facilities like this can make a positive impact in our communities… BUT DO NOT PLACE IT RIGHT NEXT TO AN ELEMENTARY SCHOOL K-5. There is a park RIGHT THERE where kids go play because we PARENTS all know our neighborhood it is safe and family-oriented, that’s why we bought our house here. Please don’t make this mistake or we all will pay.”

The backing behind it is greatly lacking because of the fear of crime rates. Multiple official pieces of research have found the exact opposite, addicts becoming sober reduce the risk of violence. There is also less than a 20% relapse rate in the first year after recovery which continually drops every year as the recovered person stays sober. (danapointrehabcampus.com)

John Hopkins University researchers are one of many resources who have found in their peer-reviewed journal of studies that substance abuse/drug rehabilitation centers have “an unfairly poor reputation as being magnets for crime and a threat to community safety.” On top of that Texas A&M found that “substance abuse treatment facilities reduce both violent and financially motivated crimes in an area,” and published this in their Journal of Urban Economics.

As a community, people can recognize that demonizing addicts can deter those struggling from becoming sober. Concerns are valid for its placement next to a school, but research shows that it is not as dangerous as some community members imply.

Camas High School Senior Benjamin Lincoln lives near the proposed rehabilitation center. He said, “I am concerned about what consequences it can have for how safe people feel and the culture of the area, but I do believe that drug rehabilitation centers are important and that we should welcome the new center and not be quick to judge.”

Stigma affects many health conditions and mental illnesses, this spans over to addiction which is classified as a mental illness/mental health issue by the National Institute on Drug Abuse. This stigma often relates to a mentality many people have towards negative issues and negative media.

“Personally, I think the backlash is a fine example of the ‘not in my backyard’ dilemma. We want to rehabilitate drug users… as long as the rehab center is nowhere near us. If everyone in Washington feels this was, then there would be no rehab centers in the state,” said CHS Sophomore Erin Connelly.

To back this up a poll taken of those in our community found that 90% of those who voted found it as stigmatizing drug use and negatively affecting the community due to those beliefs. The need to fix the problem without taking the steps to fix it is what is causing so many to push back against the center. Some even believe that it is an issue of the image our local community puts out is seen as more important than fixing the items that are being swept under the rug in the means of being this amazing town.

CHS Senior Adam Hoteit said, “People being concerned of the value of their homes (which shouldn’t take that much of a fall) and the ‘image’ of our town over a rehabilitation center meant to target white-collar workers who struggle to seek help due to being overworked is a huge issue.”

A few comments below the petition have focused on a concern over property value dropping due to the rehabilitation center being so close to neighborhoods.

The National Bureau of Economic Research in a report done by the University of New Mexico and Temple University had found that substance abuse centers and rehabilitation centers do not negatively impact the property value in the areas around where they are located.

This debate over the opening of the Discover Recovery addiction rehabilitation center seems to affect people of the community in a plethora of ways. For right now, members of the community will just have to wait and see what happens next. 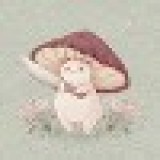