It is now February which also means it is Black History month. This a great time to honor the heroes in black history who greatly impacted America’s history. For the next month, readers can find stories about influential blacks and African Americans who make Black History Month essential. Today, Mary Jane Patterson is the subject.
Patterson’s early years are unknown. Some sources say that she was born into slavery in the city Raleigh, North Carolina in the year 1840. Patterson and her family moved to Oberlin, Ohio when she was young. Seven years after moving to Oberlin Patterson finished a year of preparatory coursework at Oberlin. Patterson, enrolled into the gentlemen’s, instead of doing the standard thing, and enrolling into the 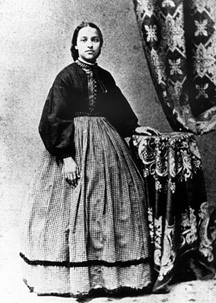 According to Blackpast.org, “Patterson spent the next year as a teacher in the southern Ohio town of Chillicothe. At the age of 22, she left Ohio for Philadelphia, Pennsylvania where she taught at the Institute for Colored Youth for the next five years.”

Later in 1871 Patterson became Principal of Paul Laurence Dunbar High School. Her position of power only lasted for one year until Richard T. Greener the very first black to graduate from Havard University. However, Greener did not last long; according to
Blackpast.com, “Greener left after one year, and Patterson resumed her position as principal, staying there until her resignation in 1884. During her tenure, the school thrived and became well known as a prestigious institution for secondary education.”

However, Patterson died at the tender age of 54, on September 24, 1894. While not a lot is known about Mary Jane Patterson and her life, her life is still very important to American history, and to the history of colored people in America.