It is now February which also means it is Black History month. This a great time to honor the heroes in black history who greatly impacted America’s history. For the next month, readers can find stories about influential blacks and African Americans who make Black History Month essential. Today, Ruby Bridges is the subject.

As a second grader,  teacher read to my class the iconic Ruby Bridges Goes To School book. As kids, of course, no one could make us see the importance of what Ruby Bridges did. Even though this book is a picture book, it is a retelling of real life. Bridges actually did go to school, however, this is not the significant part. The reason that Bridges going to school was important, was because Bridges was the only black girl to go the all white school of New Orleans kindergarten. 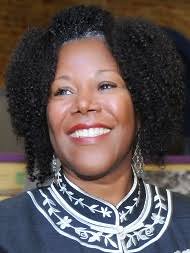 According to ourdocuments.gov,”On May 17, 1954, U.S. Supreme Court Justice Earl Warren delivered the unanimous ruling in the landmark civil rights case Brown v. Board of Education of Topeka, Kansas. State-sanctioned segregation of public schools was a violation of the 14th amendment and was, therefore unconstitutional.”

Schools could not legally segregate, however, that did not deter them from pressuring blacks to go to black schools. It is very important to note that Ruby Bridges was a six-year-old who just wanted to go to school. Bridges probably did not understand much but the fact that she wanted to go to school, and for some reason, four men (U.S Court Marshalls) accompanied her to school every day.

On the other hand, maybe Bridges was aware of the trouble she was creating by going to school. According to www.nwhm.org, “She spent her first day in the principal’s office due to the chaos created as angry white parents pulled their children from school. Ardent segregationists withdrew their children permanently. Barbara Henry, a white Boston native, was the only teacher willing to accept Ruby, and all year, she was a class of one.” Even though Ruby had to eat lunch alone, and play by herself at recess, she never missed a day of school that year.
It did not stop there, though, also according to www.nwhm.org, “The Bridges family suffered for their courage: Abon lost his job, and grocery stores refused to sell to Lucille. Her sharecropping grandparents were evicted from the farm where they had lived for a quarter-century.”

RUBY BRIDGES NOW
From New Orleans Kindergarten, according to www.nwhm.org,”Ruby graduated from a desegregated high school, became a travel agent, married and had four sons. She was reunited with her first teacher, Henry, in the mid-1990s, and for a time the pair did speaking engagements together. Rudy later wrote about her early experiences in two books and received the Carter G. Woodson Book Award.”

Also, www.nwhm.org states, Bridges was, “A lifelong activist for racial equality, in 1999, Ruby established The Ruby Bridges Foundation to promote tolerance and create change through education. In 2000, she was made an honorary deputy marshal in a ceremony in Washington, D.C.”

Ruby Bridges is alive today, and she currently resides in New Orleans, with her husband Malcolm, and her four sons. Bridges is currently still a social activist and an author. For more information about Ruby go to ruby-bridges-foundation.html.